A letter to a local church

I sent this e-mail to an area church this week. I’ve redacted the church’s name for reasons that will be apparent.

To and the leadership of :

My family lives less than two miles from the church.

We first visited for Trunk or Treat last October.

We’re members of another church, but we’re exploring options in other congregations. Before attending the service a few weeks ago, I visited the church website, and was pleased to see you support CBF and affirm women in ordained ministry. You appear to being doing good work as the hands and feet of the Lord through your many different ministries.

The congregation’s love of God and love of others, as Jesus directs us, is obvious all over your website.

So as the service began, I was dismayed to read in the bulletin that was supporting Franklin Graham’s “Decision America Tour.”

My dismay turned to shock when Graham’s video began playing. We immediately left.

The “Decision America Tour” is sponsored by the Billy Graham Evangelistic Association. Graham is compensated $258,667 to lead the BGEA, a position he inherited from his father. Adding his additional compensation for his other full time job at Samaritan’s Purse, his total annual compensation is more than $880,000.

(For more about his compensation: https://www.washingtonpost.com/national/religion/why-franklin-grahams-salary-raises-eyebrows-among-christian-nonprofits/2015/08/18/023ce940-45f2-11e5-9f53-d1e3ddfd0cda_story.html)

I wonder if the people who donate to the “Decision America Tour” know that their donations help to pay his $258,000 salary?

More importantly, your website focuses on the love of God. Graham focuses on dividing people into groups— gays, Muslims, non-Americans. He supports discrimination against Muslims because of their religion, while claiming that Christians are discriminated against in ways we aren’t.

Scroll through Graham’s Facebook posts, and you can see his focus is nearly never on the Love of God, it’s nearly always focused on sin and attacks against other people— people made in the image of God, just like you and me.

We show our love of the Lord in how we love others— something we recognized by the way we were welcomed by your church during the Trunk or Treat.

As one who was a non-believer for most of my life, people like Graham, with their divisive attitudes and comments, do much more damage to the Kingdom of God and the message of Jesus than they do any good.

Speaking of the Kingdom of God… Graham is touring the country, handing out American flags, focusing on voting and the future of the United States. Which part of this is the message of Jesus and the Kingdom of God?

The message of Jesus is found in the mission work your church does for , for children in the neighborhood, for those hurting after divorce or broken in addiction. THIS is the work of the Lord.

And on that Sunday, all of your efforts and good works were overshadowed by a man who has suggested “we are under attack by Muslims at home and abroad. We should stop all immigration of Muslims to the U.S. until this threat with Islam has been settled.”

I saw as a congregation that would open their arms in a loving embrace of refugees, as Jesus commands us. Instead we found a congregation supporting a man who would reject suffering women and children because of their religion. Is there anything more un-American than Graham’s attitude? Or Un-Christ-like?

I hesitated to send this at all, but it’s important that your board and your members understand how some other Christians see Graham’s vitriol.

Jesus came to gather us all to Him. I don’t see that in the words and actions of Franklin Graham.

As we continue to visit churches, we’re disappointed that isn’t an option. May God continue to bless your ministries that help others, 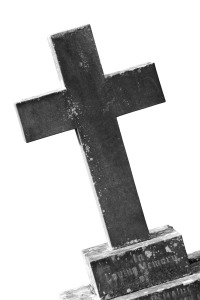 Like Loading...
This entry was posted in culture, Faith, in the news, vocational ministry and tagged Billy Graham, Decision America Tour, Franklin Graham. Bookmark the permalink.