The United States has the second highest obesity rate in the world.

Despite easy access to proper nutritional information, healthy food and clean water, as a nation we remain committed to unhealthy, and ultimately deadly, behaviors and beliefs.

As a nation, we are just as addicted to bad theology that’s too often wielded wrongly.

The United States is obsessed with a theology of unbridled capitalism and American exceptionalism, and, like an attractive and unhealthy doughnut covered in powdered sugar, covered in a heavy dusting of white privilege. (Where white privilege isn’t available, patriarchal chauvinism is also applied.)

For too long, paintings of white, middle class-looking Jesus have helped Americans create an understanding of the Bible that is simply wrong. 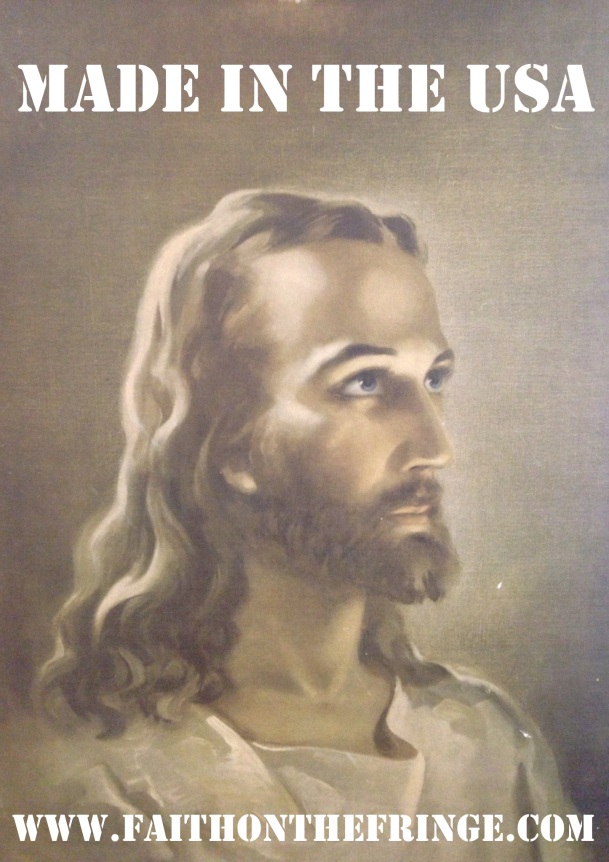 Scripture says humans are created in God’s image, but American Christians have made an American Jesus, and a god, who’s just like them.

Because American Christians made an American Jesus, it works out for them; everything they believe – no matter how unBiblical and unChristlike – is what American Jesus wants them to believe.

American Jesus lets you call yourself a Christian and still blame people for being poor or victims.

American Jesus helps you turn your back on suffering and a blind eye to the death of children. (American Jesus and Catholic Jesus oppose abortion and protect the unborn. It just so happens that ignoring the rights of women helps to propagate their patriarchal culture. But that’s a subject for another time.)

American Jesus helps you have a sense of entitlement so strong that you openly brandish rifles in public settings or steal resources from public lands.

Of course American “Evangelicals” follow American Jesus, people like them lost the message of the real Jesus decades ago, generations ago, centuries ago. American Jesus helps you support political candidates and ideas that have nothing in common with Jesus and everything to do with the Roman Empire.

“We in the United States live in a deathly social context that’s marked by consumerism and militarism and the loss of the common good,” writes Walter Brueggemann. “Younger people that are committed to the gospel have to think carefully about how to critique that dominant system of military consumerism and how to imagine alternative forms of life that are not defined by those corrosive pressures.”

Actually, we don’t have to “imagine alternative forms of life,” because Jesus – the authentic real Jesus that exists in every living thing, that moves on the wind and the breath of God, that is in our DNA, gives us a new way of being. Love each other. As our Creator loves us, so too should we love others, love strangers, love the poor, and love everyone who isn’t us. Love everyone as God loves us.

Followers of American Jesus can use a little more love of others, and a lot less love of America.