The desire to find peace on Memorial Day

I met President Carter at his church several years ago, after he taught Sunday School.

During the lesson, the scripture referenced Mount Sinai, and Carter paused to mention that when he was negotiating the peace treaty between Israel and Egypt, Mount Sinai and the Sinai Peninsula was a source of contention. Carter said it was an example that this region of the world had been in conflict from ancient Biblical times through the modern era.

But despite assassinations and constant regional conflict, the treaty Carter negotiated remains in effect.

Peace is possible, even in the most violent places in the world.

All that’s necessary is the desire to find peace must be greater than the willingness to wage war.

This Memorial Day in the United States, let us pray for leaders who demand peace rather than settle for war. 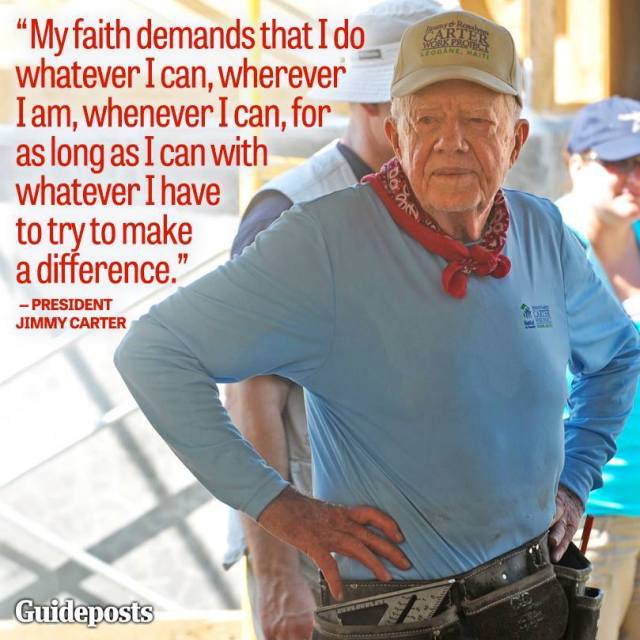 2 Responses to The desire to find peace on Memorial Day