I’m a horrible example of a Christian

I’ve determined I’m a horrible example of a Christian.

(I am a wonderful father, just not someone you can point to and say, “he is a good example of a Christian.”)

I reached this conclusion during a time of deep introspection.

During the Lenten season we look inwardly and consider our lives and actions.

While experiencing a brief moment of both introspection and clarity, I concluded that I’m a horrible example of a Christian.

I found Jesus a little more than 13 years ago, at the lowest point of my life. When we reach a low point, we can find that God is already there. Before that, I was a terrible person. 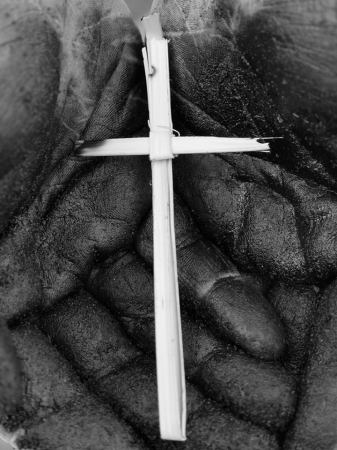 I was like an old bail of rusting barbwire – a tangle of insecurity, hostility, jealousy, insensitivity, addiction, attitude, arrogance,  cynicism, and selfishness.

I had little idea of how unpleasant and miserable I was, because living that way was my normal.

Like fingerprints imprinted in wet clay, when the pottery is fired to stoneware, many of those characteristics remain a part of me to some degree.

Jesus helps to remove our rough edges, like a potter cleaning and sanding a fired piece. But sometimes not even the Lord can sand out all the imperfections.

That’s why there are jerky or judgmental or generally disagreeable people in churches. Can you imagine how bad they would be if they didn’t have Jesus and church?

Without Jesus, mildly tolerable people would be insufferable.

I’m talking about people I’ve met in every church I’ve entered, and myself, of course. And I’ve met some really unpleasant Christians.

I’ve met some wonderful, Grace-filled Christians, as well. In addition to my wife, I could name dozens of people who walk with Jesus seemingly all the time. (Grace-filled people I know would deny they are as Grace-filled as they appear to others. That’s part of what makes them Grace-filled.) These people appear to me to be closer to God than they are the world. It’s like the Lord has touched their hearts in a unique way.

Paul goes so far as to say that for people with the law of God written upon their hearts, the law may be enough. If the law was written upon my heart, it was obscured beyond legibility years ago by the things of this world. So I desperately need Jesus.

I’m not talking about salvation, damnation, or condemnation. I’m saying the daily presence of Jesus in my life and recognizing God in the world has helped me be a better person. I’m not worried about Jesus saving me from the eternal damnation of hell as much as I want Jesus to save me from thoughtlessly or offensively insulting a friend, coworker or stranger.

(“You’re not worried about salvation and eternal damnation?” you may be asking. Not as much as I worry about being a jerk, right now. For an explanation, I refer you back to the first sentence.)

Grace-filled people seem to be less bothered by irritating people. They’ll admit they get bothered, they just aren’t as affected as others.

I try to be more like Grace-filled people and less like angry Christians. But it isn’t easy. Some people are really irritating.

To say I was worse before I found Jesus may be cold comfort to people I hurt today. In some ways, I’m much better than I was. In other ways, Jesus and I are still trying. I’m not where I used to be, but I’m not where I want to be.

When I say “Jesus Christ,” I try to convince myself I’m not cursing, I’m simply offering a brief, concise prayer for the person who is irritating me. And I try to remember the irritating person is a child of God, born in the image of God, just as I.

We Christians hold ourselves to a higher standard. Tragically, too many Christians get scripture so backwards wrong that they think they are supposed to hold everyone else to the higher standard or worse, it gives them a license to discriminate. But when they can’t live up to the high standard they cover themselves with a blanket of forgiveness they refuse to share with others as they excuse their own sins by saying “we all fall short of the glory of God.” It’s curious how some Christians can see the sins of others so clearly, but are hypocritically blind to their own sins.

Some Christians understand scripture so well they think they can interpret it and judge others with it.

Again, I’m a horrible example of a Christian, I’m not so well versed in scripture that I feel comfortable judging others.

I do know that Jesus says that to find ourselves we must lose ourselves.

But our human nature isn’t to let go and surrender to the seemingly un-seeable, it’s to hold tighter to the world and the things that make us comfortable. The world conditions us to be fragmented, and we hide the fragmentation behind claims of intelligence, logic and sophistication rather than surrender ourselves.

Our true essence, our spiritual selves, our souls, must overcome the lessons of the world and learn to let go. We can be restored when we surrender to the Spirit that created us.

It was only after many years did I learn that the things of this world are worthless and fleeting. Paradoxically, as I’ve succeeded in letting go of this world and who I was, through Jesus I have found who I was created to be.

We are spending our lives anyway. Drawing down daily on a finite account, not knowing which day will be our final withdraw.

We can spend our lives in our comfort zones or we can fulfill our possibilities and be who we were created to be.

But, don’t just take my word for it, as I said, I’m a horrible example of a Christian.

1 Response to I’m a horrible example of a Christian