The universe as we know it

Did you see this last week?

No Big Bang? Quantum equation predicts universe has no beginning 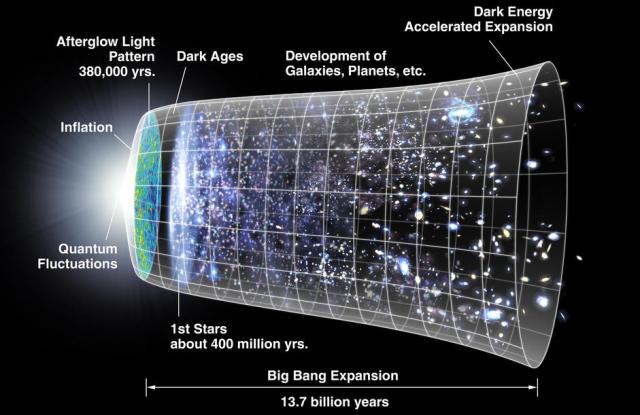 From the article on Phys.org:

Using the quantum-corrected Raychaudhuri equation, Ali and Das derived quantum-corrected Friedmann equations, which describe the expansion and evolution of universe (including the Big Bang) within the context of general relativity. Although it’s not a true theory of quantum gravity, the model does contain elements from both quantum theory and general relativity. Ali and Das also expect their results to hold even if and when a full theory of quantum gravity is formulated.Read more at: http://phys.org/news/2015-02-big-quantum-equation-universe.html#jCp

Or, in other words:

Or, in other words, the universe may not be what we think it is.

Is the news as significant as Galileo? Probably not, for many people the sun isn’t the center of the universe anyway, they are.

As I did my best to read the articles about this, I thought of the  Gloria Patri:

Glory be to the Father, and to the Son:
and to the Holy Ghost;
As it was in the beginning, is now, and ever shall be:
world without end. Amen.

Like Loading...
This entry was posted in Uncategorized and tagged Galileo, Gloria Patri, physics, Universe. Bookmark the permalink.