Character as clear as black and white

The president-elect of the United States kicked-off the Martin Luther King Jr. holiday weekend by attacking on Twitter a civil rights legend who marched with King. 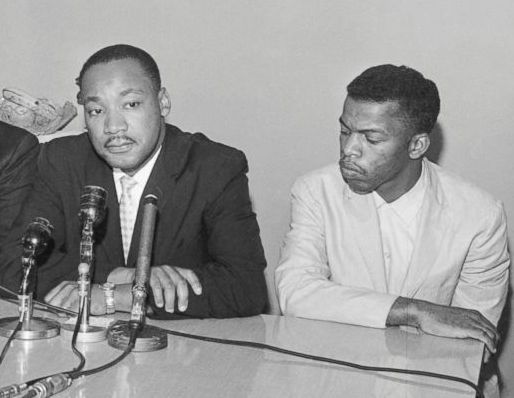 John Lewis, a 14-term member of Congress, announced last week that he intended to protest the inaugural by not attending.

Rather than ignore the issue as most mentally-stable people would do, demonstrating once again he has the temperament of a 12-year-old, the president-elect responded to Lewis by tweeting. 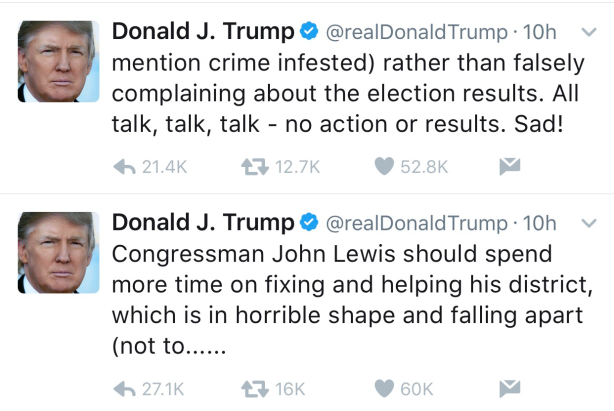 Lewis has dedicated his life to taking action. 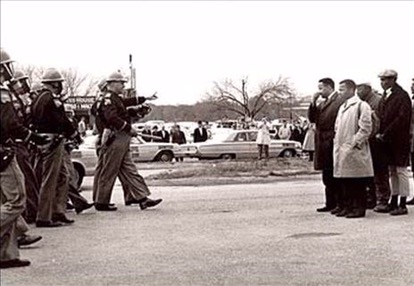 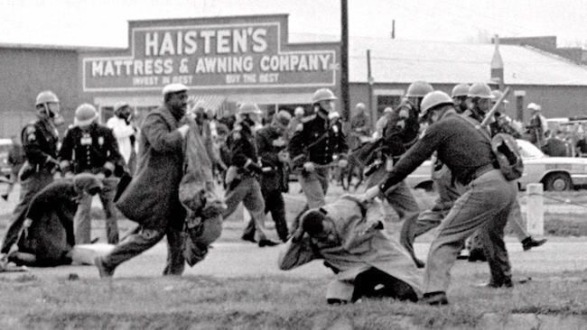 John Lewis, getting his skull fractured in Selma, Alabama, March 7, 1965. 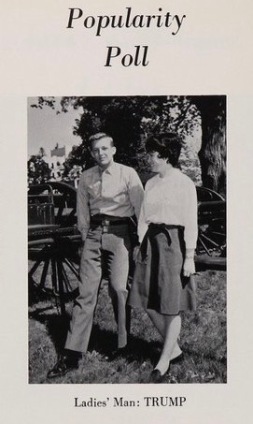 The president-elect, around the same time was considered a “Ladies’ Man” at his elite prep school.

To put the two men into historical context, John Lewis protested and fought for passage of the Civil Rights Act of 1968, also know as the Fair Housing Act.

The president-elect and his father were sued for violating the Fair Housing Act. Repeatedly sued.

The Trump company eventually settled, without admitting guilt, but did agree to pay fines and rent to more people of color.

The president-elect and his company were sued some more for discriminating against people who looked like John Lewis.

And how John Lewis looks is important. The Tweeter-in-Chief wrongly assumed that Lewis’ district was in horrible shape and crime-infested. Our petty president-elect didn’t care about facts, he made assumptions because Lewis is black. He made up racist lies.

The people of Lewis’ district responded to the president-elect with an outpouring of support for Lewis and for their district.

John Lewis has been reelected 14 times, only once with less than 70 percent of the vote.

Lewis has dedicated his life to fighting people exactly like Trump.

Trump spent decades discriminating against people who look like Lewis. Right up to the moment he discriminated against Lewis himself.

After a day of scathing criticism, Trump offered another tweet about Lewis.

Ignore Trump’s poor grammar – as written, Trump wants help burning inner-cities – and look at the continued overt racism. While crime-rates have declined, the resident-elect maintains the racist view that the inner-cities are ‘crime infested.’

Trump was born into unimaginable privilege where he inherited hundreds of millions of dollars.

Lewis was born into a racist apartheid where he was denied a library card, the right to vote or the right to travel, work or live as he wished.

History and headlines tell us what each man has done with the life he was given.

But the racism of the past isn’t past. It’s here today, right now. In the words, actions and hearts of the president-elect and members of his administration. Rightly, Lewis is concerned that the advances he dedicated his life to will be washed away by the sort of men who swung the clubs that cracked his skull.

They say character is what we do when no one is watching.

Alone with his Twitter account, Trump’s character flaws shine brightly. He exhibits the racism in his heart.

John Lewis has the character that makes a nation change direction and to do what is right and moral.

On his worst day, John Lewis is a better man than Trump will ever be.

Their characters are as clear as black and white.

5 Responses to Character as clear as black and white