Jesus before the Bible – for non-Christians

Too many of our fundamentalist Christian, non-Christian, pagan, and atheist sisters and brothers focus on the Bible and completely overlook Jesus. But you don’t need the Bible to get to Jesus.

Just today, for example, a fundamentalist Christian on the internet asked how people can be Christian, without believing every word of the Bible. (She believes in the Bible and not in Jesus. There’s a lot of that going around.)

Hundreds, thousands, perhaps tens of thousands of people learned about Jesus and became Christians before there was Bible. 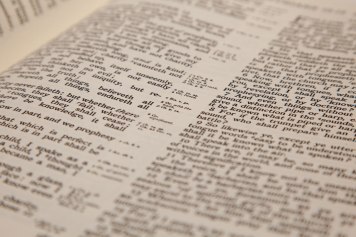 Let me explain. First . . . let’s throw out the Bible. If you don’t believe it, then the Bible can’t be used to prove the existence of Jesus.

Let’s go back to before there was a Bible.

Here’s the fact – A man named Jesus was executed by the Romans. The Jewish historian Josephus said so. (Some aspects of the words from Josephus are disputable. The fact that Josephus mentioned Jesus isn’t in dispute. There’s a lot of scholarship about Josephus. I’m not going to go into it here.) {And if you really want to be a historical stickler, his name wasn’t Jesus, it was Yeshua. A better translation today would be Joshua.}

The first followers of Jesus/Josh are also mentioned other times in Roman history. The Romans regularly executed more people than the state of Texas, and Jesus was one of those criminals killed by the government.

For 30 years after his death, people walked around the Roman Empire and other areas of the ancient world saying they had known, seen, or heard Jesus in person, or they saw the resurrected spirit of Jesus. Parents told their children what they had seen Jesus do, and those children told their children, and others.

How do we know? Because there were documented Jesus followers less than 50 years after his death. When a massive stone is dropped into deep water, the rock quickly disappears, but the energy of the waves persist long after the stone is out of sight. Long after a fire has been extinguished, the smell of smoke remains.

A few decades after the execution of Jesus, his followers remained.

Let me make it plain: In this metaphor Jesus is the rock, the water is the stream of time, and the waves are humanity. The existence of waves demonstrate the existence of the rock, because the rock continues to affect people to this day.

Non-Christians can deny everything they want to deny, but the fact is the waves — the people affected by the rock, have been around for nearly 2,000 years. The presence of followers of Jesus may be circumstantial evidence, but it is evidence, all the same.

A conclusion by exclusion, independent of the Bible, tells us something happened to alter the tide of human progression.

(The early followers of Jesus are what help distinguish Jesus from other ancient gods. For those who try to lump Jesus in with Mithra, Ra, and other gods, they overlook these first followers of Jesus. The Jesus story grew because Jesus followers felt they were somehow rewarded for their fealty, while Mithra, Zeus and Isis ended up on the ash heap of history, because their followers found only silence.)

As the Jesus movement grew, so too did the opposition. The first Jesus followers attracted attention. They shared the stories of their experiences with anyone who would listen. But it wasn’t easy.

Despite their efforts, they remained on the fringe of the dominant culture and the region’s dominant religion. Most of the first Jesus witnesses were Jewish, but many were rejected by the majority of Jews.

In 64, about 30 years after the execution of Jesus and while some eyewitnesses were still alive, much of Rome was destroyed by fire. Emperor Nero blamed Christians for the destruction and encouraged their persecution. The way the Roman government executed Jesus followers is common knowledge. Christians were given the opportunity to save themselves by renouncing Jesus.

And yet they didn’t.

Many were burned, crucified, eaten alive by lions, or died in some other nasty way. If they had simply denied Jesus, they could have avoided certain, torturous death. Roman coliseums were filled with dead followers of Jesus before the letters and documents of the Bible were written and within enough time for the children and grandchildren to have heard the teachings of Jesus or his apostles and disciples first, second, or third hand.

Why were they willing to die, rather than pretend to worship Roman gods and save themselves? Why was their belief so strong, that it overpowered basic survival instincts?

But they didn’t deny Jesus.

They suffered and died, rather than deny him. Because they couldn’t deny the truth. Jesus followers suffering in the name of their God impressed Roman audiences. And so the story of Jesus, and his followers, grew.

By the year 70, the Roman government cracked down on the Jewish people, leveled the Temple and destroyed Jerusalem. The Jesus followers also scattered, but they continued to spread the word.

When you look at history, ALL of the history of Christianity and the time it was born, it comes down to the people, the eye-witnesses of Jesus, who are the very foundation of Christianity.

Their faith was strong enough to convince others, because they knew Jesus the man, and Christ the resurrected God. People claimed they met a man who performed miracles in the name of God. And they dedicated themselves to that man. No threat of punishment or persecution was enough to turn their faith or silence their story.

The Bible has nothing to do with it. Jesus lived. He died. He was resurrected. He ascended.

In a time when the world was nearly universally illiterate, a few of his followers began writing down stories about Jesus — stories so significant they were remembered and recorded.

4 Responses to Jesus before the Bible – for non-Christians