No one in the lynch mob that murdered Walter Johnson was ever convicted.

Government officials tried to save his life by hiding him in the woods when the armed crowd attacked the Princeton City Jail in Mercer County, West Virginia.

Led by railroad foreman Gordon White, on Sept. 5, 1912, more than three hundred people stole a train, cut the telephone lines and set out to avenge an alleged assault of White’s daughter.

The bloodthirsty mob ignored the assertions of Judge J. Frank Maynard and an assistant prosecutor that Johnson was innocent as it dragged him into the dark, autumn night.

Before his bullet-riddled body was cut down from the telephone pole, White’s 16 year-old daughter recanted her accusations against Johnson.

Four or five thousand black Americans were lynched in the United States between the end of the Civil War in 1865 and 1952, the first year on record without a lynching.

White nationalists used public violence and terror to befoul the American dream of tens of thousands of forgotten people. An entire race was terrorized, and nothing was done about it.

The Equal Justice Initiative, of Montgomery, Ala., is working to ensure the victims are forgotten no more.

EJI has built the Legacy Museum and the National Memorial for Peace and Justice.

A part of the memorial includes the Soil Collection Project, hundreds of glass jars containing soil from the sites of lynchings, each jar labeled with the name of a victim.

We traveled the small road out of town, a few miles from where the police department stood, and found a telephone pole that might have replaced the pole that replaced the improvised gallows. 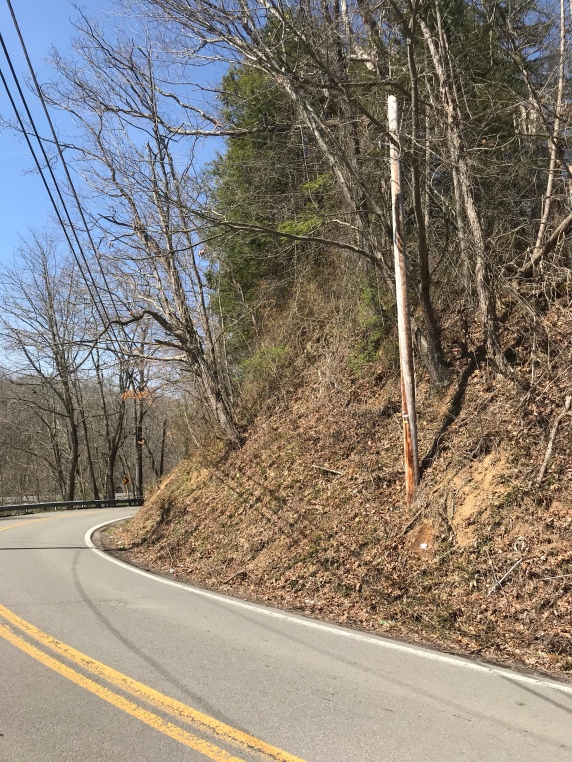 In its place, we left a painted marker and a stone of African malachite, a stone of transformation.

It was a powerful moment, imagining the terrorists who murdered an innocent man in cold blood, their children and grand children living nearby. The fear in the mind of the man who was about the die. The helplessness of the men who risked their lives to save his.

The ghosts of Johnson and his murders blew across the mountainside.

The governor called for a special grand jury to investigate the crime. Between 50 and 75 arrests might have been made, include White, the leader of the mob. But when he was arraigned, 500 people marched on the office of the justice of the peace demanding his release.

A local paper described feelings at a high pitch, predicting “a bloody race war or the lynching of officials may come at any time.”

No one was convicted of the murder.

But Walter Johnson is no longer forgotten.

Like Loading...
This entry was posted in Civil Rights, culture and tagged Equal Justice Initiative, lynching. Bookmark the permalink.

1 Response to Facing the Unimaginable